Bob Marcy has been a funeral director and embalmer since 1961, and is the fourth generation of the Marcy family to enter the business. His main focus is caring for his family and the families that he serves. He has worked for many years in the monument business, both in the sandblasting of markers and sales. Although the sandblasting shop was closed when it was converted to the Family Center, he is still able to offer a wide variety of markers and monuments for all area cemeteries. Bob is a member of many community organizations including First Congregational United Church of Christ, Conneaut Rotary Club and the Conneaut Area Chamber of Commerce which awarded him “Citizen of the Year” in 2001. He was instrumental in beginning the “Project Pride” award project which recognizes individuals and businesses which have made an effort to beautify their properties, and the Lakeview Park Christmas Card project which is sponsored by the Conneaut Rotary Club. He was also a founding member of the Friends of Conneaut Creek which had a major role in acquiring the scenic river designation for the creek from the state of Ohio. He and his wife Sue have been married for over 28 years. He has four children, two step-children, and ten grandchildren.

Kori Marcy Campbell received her funeral director’s and embalmer’s licenses in 2001. She is Bob’s daughter and is the fifth generation of Marcys to enter the business. She is involved in all aspects of the business including cemetery marker sales, and was instrumental in starting Bark-Jen Pet Services. Kori is a member of New Leaf United Methodist Church, the Conneaut Rotary Club where she chaired the annual Rotary Golf Outing and served as Sergeant At Arms and Vice President. She has an active hand in the “Project Pride” project, and while she was a member of the Chamber of Commerce board of directors, she worked on Conneaut Appreciation Days activities. She and her husband Chad reside in Conneaut with their children Devyn and Collin.

Robbie is a native of Ashtabula County. He was born and raised in Jefferson, Ohio, where he graduated from Jefferson Area High School in 1987. He received his associate's degree in Business Management and Accounting from ITT Technical Institute in Youngstown in 1989. The summer of 1992 Robbie's father died at the age of 56. The impact of his father's untimely death changed his career path.  "There is no amount of money worth giving back what was given to me during that difficult time and I am honored to serve every family that walks through our door. Rest assured that you and your loved one will be treated with utmost care, compassion, respect and dignity." So he enrolled in Cincinnati College of Mortuary Science in 1997 and graduated from CCMS in the summer of 1998. Robbie has worked in funeral service in Ashtabula, Trumbull, and Lake County, before being hired at the Marcy Funeral Home and Cremation Center.  Robbie is married to Sara Berrier and they have a daughter Kimberly. They  reside in North Kingsville. When Robbie is not working, he enjoys trapshooting, golfing, and spending time with his family.

Sue Marcy, married to Bob for 28 years, is the office manager and has worked in the office for over 30 years. She is a notary and assists families with life insurance claims, and has also been the organist for more than 35 years. She has two daughters, four step-children, and ten grandchildren.

Sarah Sherman is Sue Marcy’s daughter and has been the computer specialist and administrative assistant for over twelve years. She specializes in creating memorial tribute videos using photos that families furnish and is also a notary. She and her husband Keith have two children, Ashlyn and Kylee.

Bud Maenpaa has worked at the funeral home for more than 26 years and is responsible for all the general maintenance, assists in the parking lot during funerals, and occasionally drives the hearse and limo. He has been married to his wife Janet for 58 years and they are the parents of four sons and have three grandchildren, as well as three step-grandchildren. Bud enjoys fishing, and following the Cleveland professional sports teams and The Ohio State Buckeyes.

Jeff has worked the past few years as a limo driver for the Marcy Funeral Home. He and his wife Kathy reside in Conneaut, and have four children, and two grandsons. 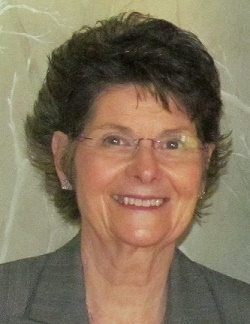 Brenda Kraus is a Conneaut native and love the fact that they were able to come back to Conneaut after Tim’s college graduation. She is active in her church, Church of Christ in Conneaut, which her husband is the current Pastor of.  “My position at Marcy Funeral Home is an extension of service to our community.” Brenda worked for Hometown Vision Center for Dr Ronald Wheeler for 28 years as a licensed optician.  Using these skills and my love of travel, I have been able to travel all over the world with Volunteer Optometric Services to Humanity providing eye care to the underserved.  I enjoy reading and Ohio State Football! I have been married to Tim for 48 years and have 2 children and 2 grandchildren.

Bernie Kovacevic retired November of 2017 after her 95th birthday. She has been readily recognized as the greeter during funerals for more than 30 years. She appears at the front door both at the funeral home and at most church funerals, and frequently assists at visitations. Bernie has four daughters, six grandchildren, and a great granddaughter.

Wilma Weeston reitred in summer of 2017. She was employed as secretary answering phones, doing granite bookkeeping, and assisting with preliminary details of the funeral service. At Marcy Funeral Home, caring for families continues long after the funeral service is completed, and, since 1992, Marcy’s have been providing aftercare services to the families they serve. Wilma, in the capacity of Aftercare Coordinator, contacts families in the weeks following a funeral and provides them with written information on dealing with grief. She often meets with families over a cup of coffee, listens to their stories, and provides support during this difficult time. Wilma and her husband Randy have a son and two granddaughters.

Don retired in 2017. He was the hearse driver for the Marcy Funeral Home for several years. He and his wife Shirley currently reside in South Carolina.

Chip was adopted by Bob and Sue in 2007, he is our greeter when you come to the office!

A year of daily grief support

Our support in your time of need does not end after the funeral services.  Enter your email below to receive a grief support message from us each day for a year.  You can unsubscribe at any time.